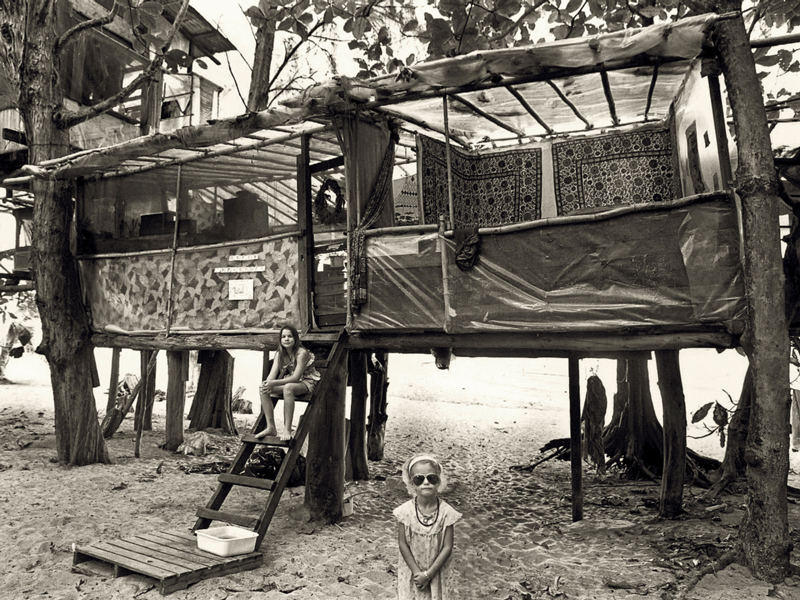 In 1969, Howard Taylor, brother of actress Elizabeth, bails out a rag-tag band of young Mainlanders jailed for vagrancy and invites them to live on his oceanfront land. Soon, waves of hippies, surfers, and troubled Vietnam vets find their way to this clothing-optional, pot-friendly, tree house village at the end of the road on Kauai's North Shore—the ultimate hippie fantasy, order without rules, perched in a pristine forest alongside a beach in paradise, until the locals decide it’s time for them to go.

Released in 2010, we knew the film had a great subject, unforgettable characters and timeless ‘60s and ‘70s material; but we felt it missed some of the community’s richness and spirit, a spirit that lived on in so many of the Taylor Camp Alumni who, for seven years, sent us a steady stream of new material and ideas. So, we decided to add new film clips, photos, interviews and music - segments dedicated to surfing, founding the food co-op, the first baby born and the Resident Doctor, a Vietnam Flight Surgeon.

We also added some of the darker elements of camp life, like the story of the guy who got strung out on cocaine, left Taylor Camp and took off for South America with five hundred dollars and his three-year-old daughter who was conceived on LSD. Forty years later, we interview him and his daughter side by side.

We recut the film into a tighter, faster-moving story, a story that captures what was, for many Campers, “The best days of our lives.” Back then, the campers had little but youth and lived in treehouses on a beach in “paradise.” So, we changed the title to THE EDGE OF PARADISE and told the story about a place of happiness that can still be found within—a place in your mind.

We producers give a heartfelt Thank You to the Taylor Campers for their encouragement, participation and continued trust.

We began photographing Taylor Camp in 1972 and many years later decided to make this film.

The Taylor Camp alumni were always candid and generous.