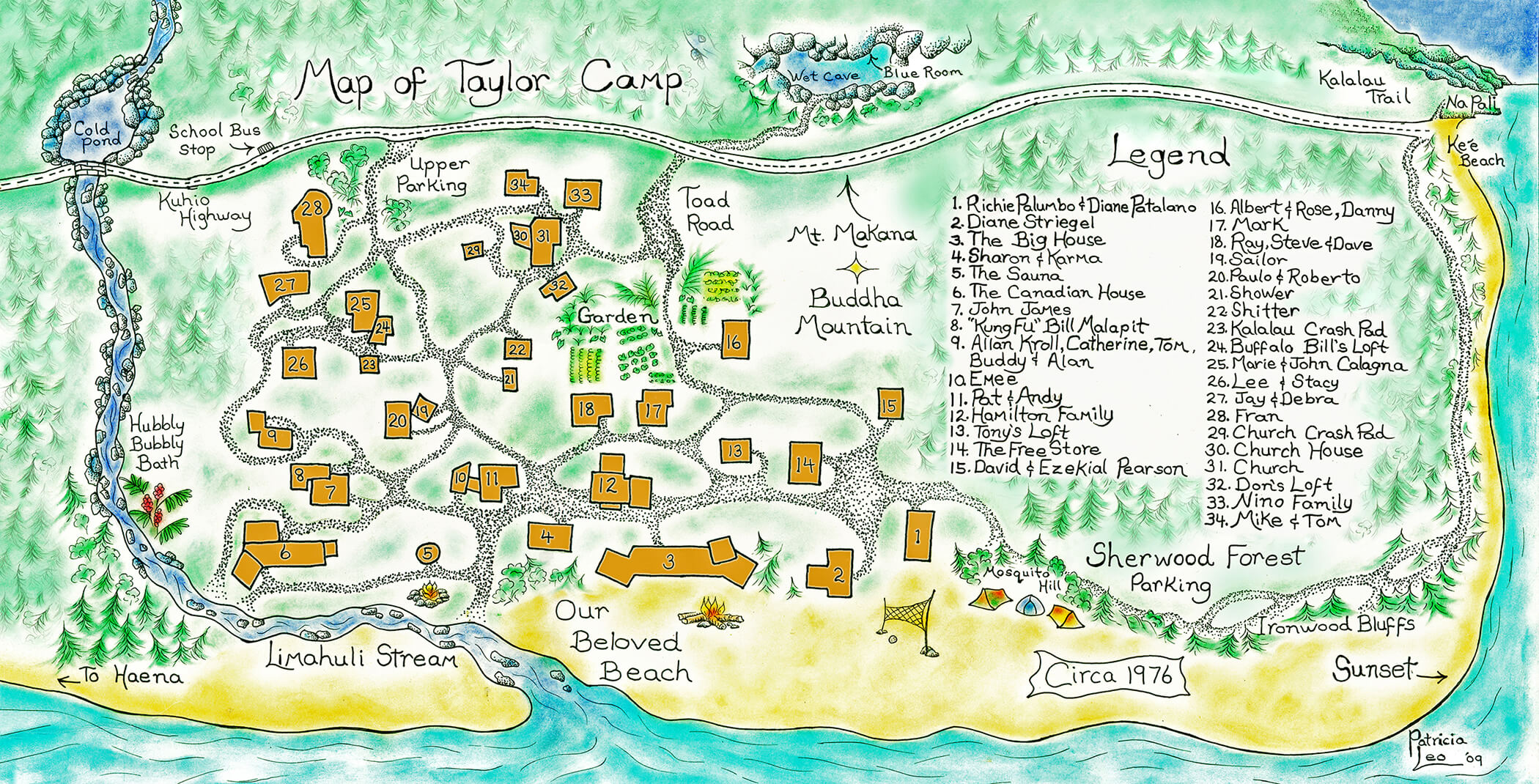 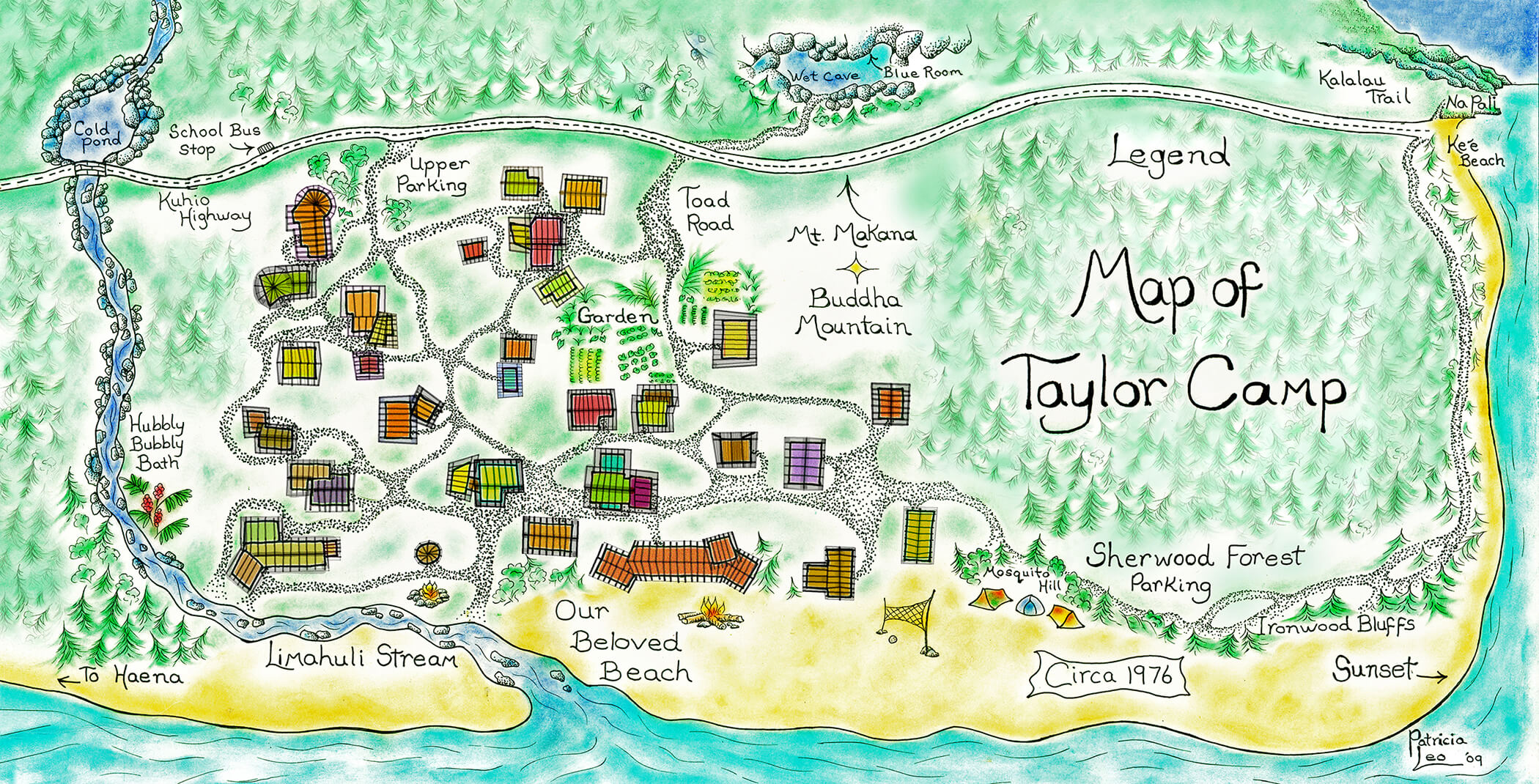 Create your own private tour by

clicking on houses and other areas

on the map above to see photos

and videos about each location.

Notes on the Map

Former Taylor Camp resident, now Big Island artist, Patricia Leo, originally created this map in 1976. A snapshot of the village in its last years, the map captures the time that I made the photographs in the book. The authenticity of Pat’s village map, combined with the historic record of the photos, gives us a mind’s-eye walking tour of Taylor Camp.

Pat drew the map “Island style” with the ocean to the bottom of the page and the top toward the mountains. Island people don’t orient north, south, east and west. Traditional Hawaiian directions are mauka [toward the mountains] and makai [toward the sea]. Directions around the ever-turning coastline are called out by the nearest landmarks up and down the coast, which for Taylor Campers were Ke‘e [west] and Ha‘ena [east]. The camp’s beachfront houses faced due north, looking out over the ocean, so Pat’s map has north [makai] to the bottom and south [mauka] to the top. The due north exposure to the towering cumulous clouds marching across the ocean’s horizon, combined with sun filtered through a high forest canopy, then diffused with translucent plastic roofing and walls, gave the whole of Taylor Camp perfect lighting for photography.

Every neighborhood has its “better” section, its prime real estate. Taylor Camp was no exception. Like ocean communities everywhere, beachfront was prime. So, let’s enter from the ocean as traditional voyagers, come in across the sand, and begin the map sequence with the beachfront houses.

Each building, text description, and drawing detail can be clicked to bring up a link with photos, videos, documents and drawings. Filling these links is an ongoing process of archiving material that the Taylor Campers continue to contribute.